On the state of AI in 2019; it ain't all skynet and glowing eyes 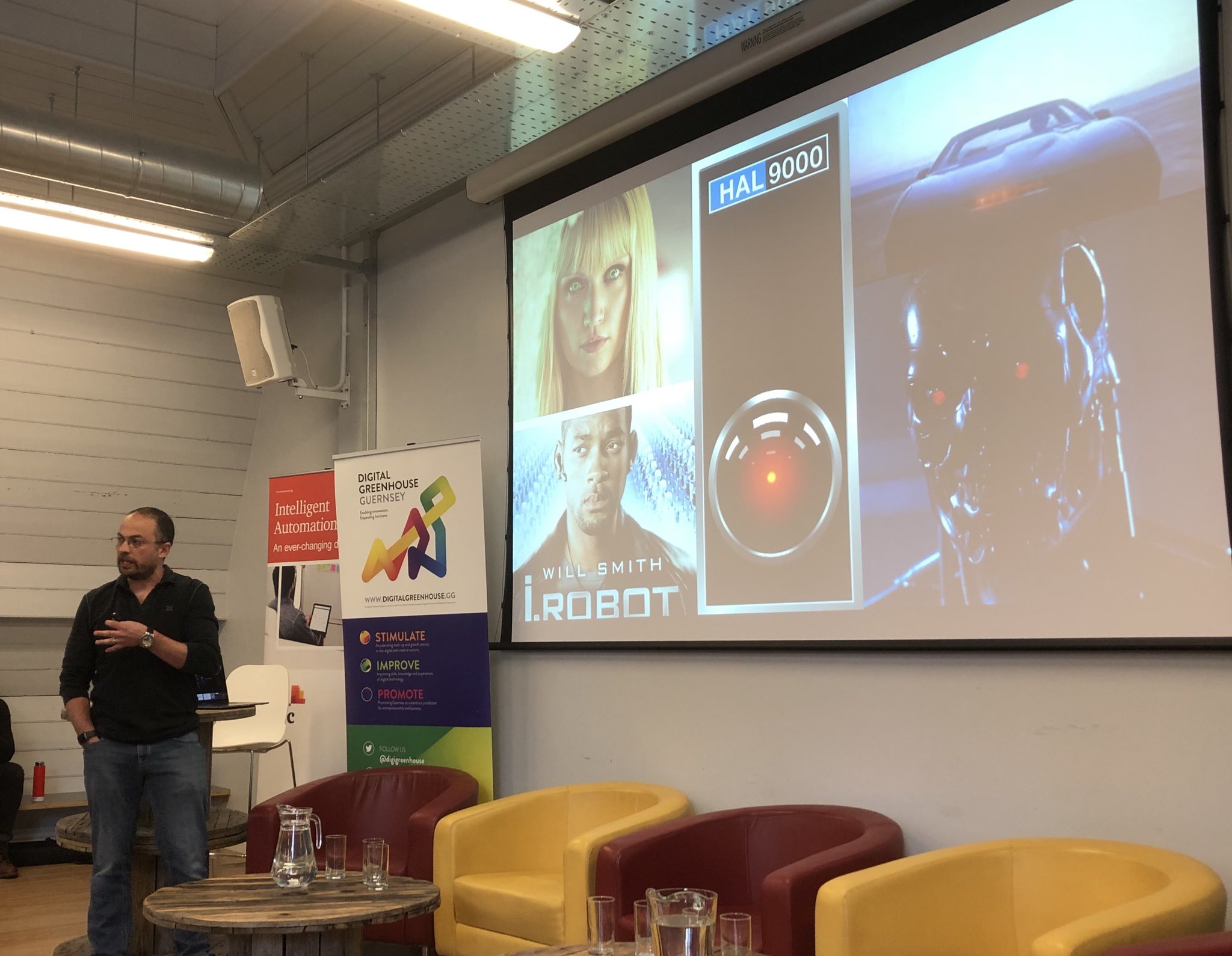 March 2019 saw the inaugural ‘AI Frenzy’ event - created by the Barclays Digital Eagles and hosted in the Digital Greenhouse with 5 speakers on a range of AI related topics and a panel session.

Cortex’s Matt Thornton was tasked with keynoting the event and asked to set the scene and basis of what we really mean by AI in 2019. Here’s an abridged version of his presentation on the state of AI in 2019.

Creating an event called the ‘AI Frenzy’ was incredibly apt because there is literally an AI frenzy at the moment - you currently cannot move for something being allegedly AI-powered - with emphasis on allegedly.

Artificial Intelligence - much like any other emerging technology - is easily misunderstood. Blockchain emerged as the tech du jour in 2017/2018 but it has struggled to shake its association with the likes of silk road / MT Gox, fraudulent ICOs and massive losses.

Artificial intelligence is similarly misunderstood - but due to its association with other things - notably, probably, the movies.

If you look at any of the Hollywood (and elsewhere) representations of AI - we get a similar theme throughout - whether it’s the empathetic robot (think iRobot, Ex_Machina or most recently on the television, the BBC's Humans) or the sentient mainframe computer that is all knowing (think HAL from 2001: A Space Odyssey, KITT from Knight Rider, etc.) - the theme is simple - these intelligent beings are indistinguishable from humans (whether visually, behaviourally or cognitively.)

It might make good popcorn-fodder, but we shouldn’t be scared of the Skynet scenario - it’s simply not going to happen! Hollywood has an awful lot to answer for shaping the average person’s view of what AI is - where ultimately it's this warped view of the sentient self-aware network taking over the world and we become nothing more than energy donors, Matrix-style.

The blame for these views, however, does not lie entirely with Hollywood - the technology companies and software engineers building the ‘real’ version of these devices also need to be counted.

Just as Hollywood is exploring the sociological implications of AI systems, so the tech companies are guilty of humanising their creations. A special edition of Time Magazine released in September 2017 was called ’The Future of Humankind’ which had on the front cover a robotic arm with a tagline on the back of "Explore how machines equipped with AI are helping to shape our world - and are becoming more human.”

Jumping on the AI-bandwagon however is an unsurprising phenomenon - evidenced none more so than the AI powered toothbrush.

No-one will be surprised to hear that startups in AI are attracting considerably more funding interest than their non-AI compatriots - but equally almost half of those AI startups and absolutely nothing to do with AI (source).

Shock and horror, no doubt, but desperate investors with too much money to burn getting over-excited about the latest tech buzz is hardly news but nor is it the most interesting factor when it comes to AI and what we mean by it.

The far more interesting question is: why are we building machines to try and emulate humans? Humans are, fundamentally: unpredictable, irrational and prone to making mistakes. (Just DDG ‘satnav fail’ if you don’t agree.)

Machines, on the other hand, suffer none of these issues and are: deterministic, reliable and replaceable. Humans have limited capabilities; modern computing systems are infinitely scaleable.

So why, exactly are we trying to copy what humans do? The answer is simple: because there are things that humans are really, really good at and incomparably better than the machines.

A subset of the AI craze is that of so-called machine learning; itself highly misunderstood. Machine learning as a set of techniques is by no means a new thing - the origins date back to at least the 1960’s but too many people nowadays think it’s some mysterious new voodoo which uses black magic to answer questions. Instead, these are the places where attempting to program computers to emulate human behaviour becomes valuable. Humans actually are magical creatures - they are incredible organic IoT devices with exceptional processing power and a range of finely-tuned sensors.

Below is an image that you have likely not seen before. But within only a few moments of seeing it, you, will quickly see what’s going on: it’s an image of a car which itself has images of bikes on it. You deduce this quickly by evaluating the image, calling on your memories/experiences and then making a classification. 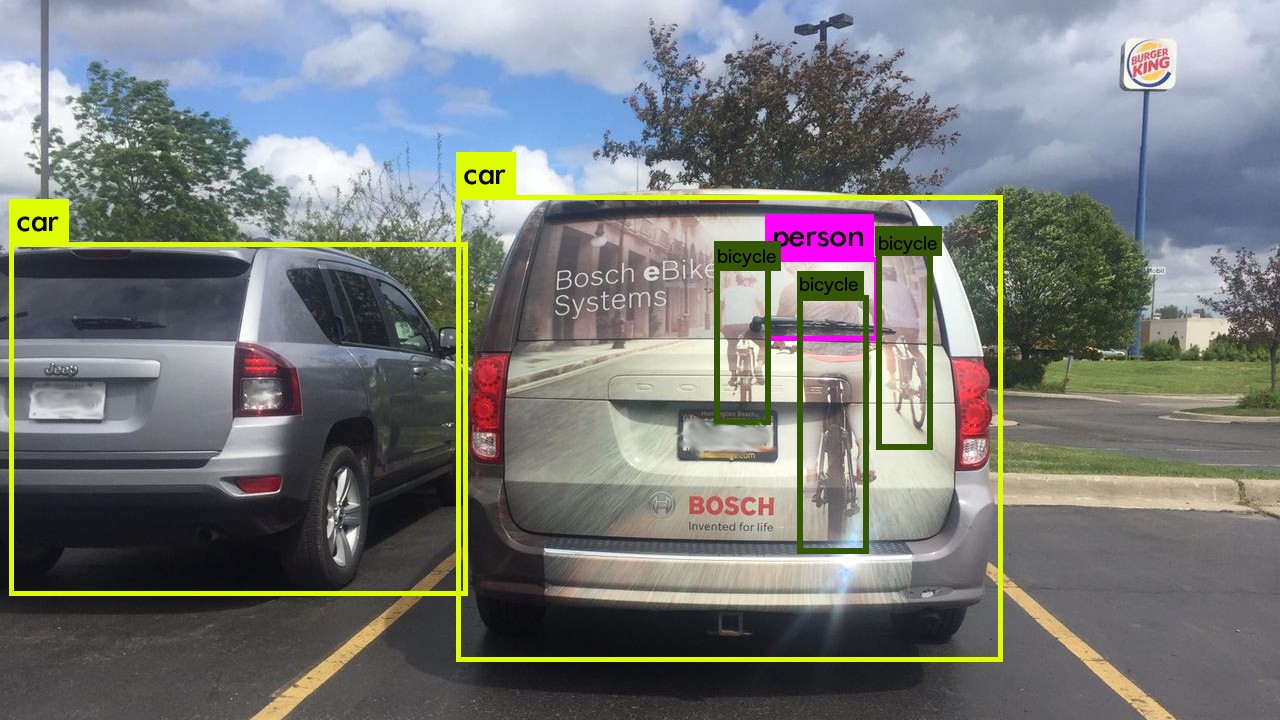 This, however, is incredibly hard for a computer to do. The image itself is from an article on the many challenges faced by researchers building autonomous vehicles.

Real AI, therefore, is trying to find the secret sauce that humans have that enables us to perform tasks - such as classifying images or assessing an emotion and trying to replicate these in a programmatic way. Much work has been carried out in the neurological ways in which we process and store information as well as trying to recreate these processes in things such as artificial neural networks.

The goal of AI, then

The current goal of AI is to combine the best of the human and computing worlds - to perform the incredible human analyses at the scale of modern computing.

A simple, relevant (and somewhat ironic) example is: moderating user behaviour online, the requirement for which has been greater. Humans have an innate ability to determine whether a piece of content is not acceptable on a particular platform (e.g, a toxic comment on a forum.) but the sheer volume of content requiring moderation makes the task resource-intensive, incredibly expensive and, for most intents and purposes, impractical.

Thus a machine that can apply the human ability to distinguish forbidden content at a vast scale is one example of a current goal of actual modern AI (which incidentally is what Jigsaw, a subset of Alphabet, is working on with their ‘Perspective’ tool.)

If we can ensure that all the existing associations and preconceptions between AI and Skynet are consigned to the movies; then a real assessment of AI is blending the strengths of humans and computers to achieve something that was otherwise impractical to do individually. In a business sense, the simplest analogy here is a situation where the computers / AI does the ‘heavy-lifting’ - i.e., assembling all the data together, but still leaving the ultimate decision to the human.

To a large extent, this is the current state in early 2019. This was summarised nicely by an article about when an IBM supercomputer took on an international debate champion.

Spoiler: the computer did an incredible job, far better than many imagined possible, but, ultimately, the human was still the most human, which I think we can all take some comfort from!

If you enjoyed this and want more - read here about the infamous Move 37 - and what it could mean for the future of AI.

There is a short video of the AI Frenzy event here.

The team at Cortex are pleased to collaborate/engage/speak at events like this, so please get in touch to discuss.